Archive for the tag “american toad”

Song of Toads (aka Pool Party)

Absolutely love them. Mating season has been in full swing here at the farm, and I got a few close-ups with the local toad residents, most of which I think I’ve correctly identified as both Eastern American toads and Dwarf American toads. 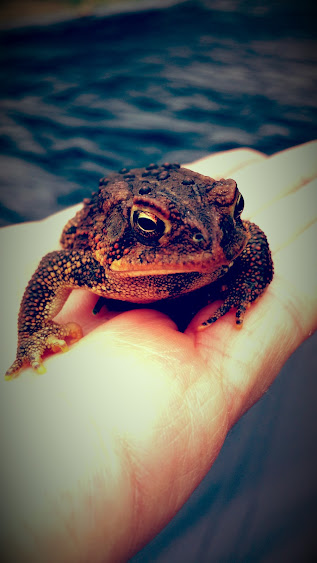 Our conservation department has a great little pdf that describes many of the 26 species and subspecies of frogs and toads found here in Missouri.  For most of the toads, mating season is in March, April, and May. It is the male toads who sound the mating call, the unmistakable trill that announces both the arrival of spring and the season of love.  Here are the links to some short clips that I took of male toads calling (wordpress was uncooperative with imbedding):

The males tend to be smaller than the females, as you can see in these amphibious bow-chicka-wocka-bow pictures below: 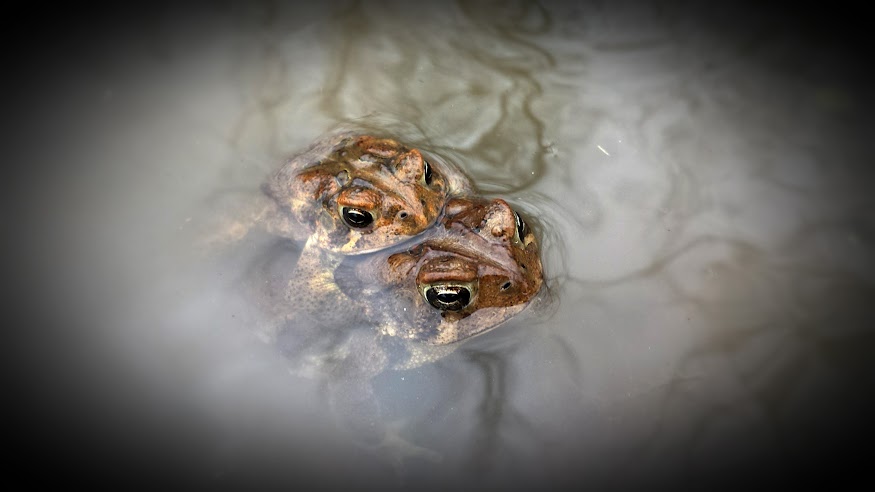 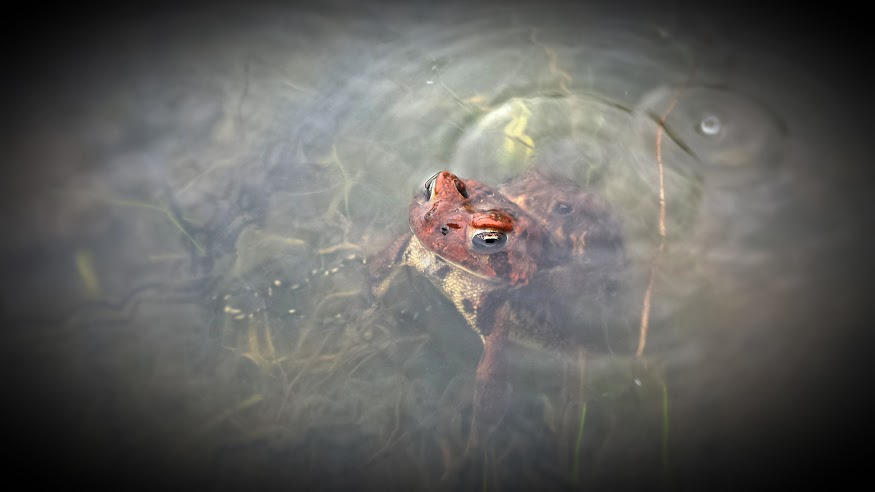 Unlike frogs, whose eggs tend to form clumps or masses in the water, female toads release their eggs in long continuous strands. These strands can range anywhere up to 60 feet long! Here you can see the toads laying eggs in their natural habitat, a lake. They also like the still water of ponds, low ditches, and large puddles. 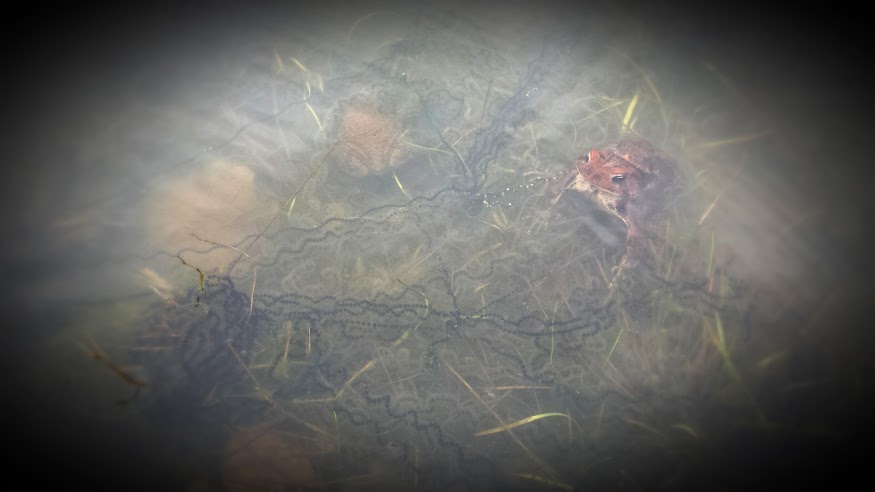 And now you can see the toads laying eggs in their preferred habitat, our swimming pool cover. It gets filled with rainwater and melted snow, and since there are no fish to eat the tadpoles, the toads congregate in this giant, safe “puddle” every spring. On this particular day, the toads were many. I stopped counting at 50. You can clearly see the long strands of eggs in this photo. 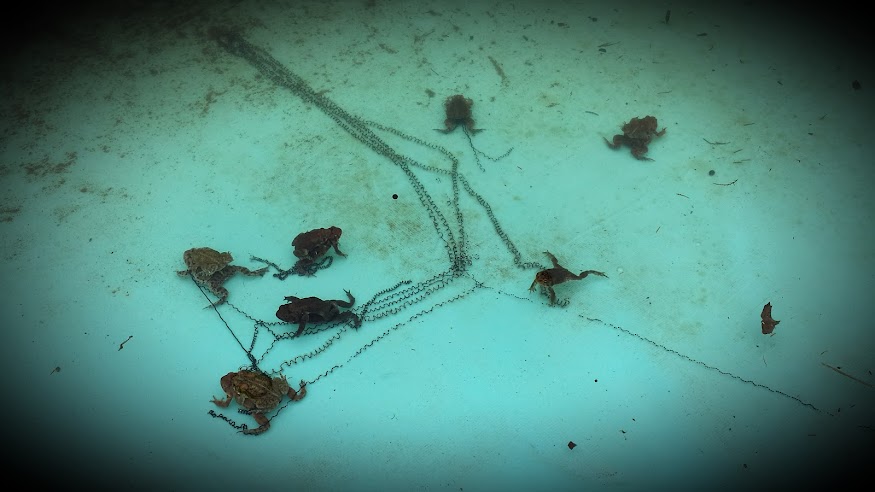 Approximately 1-3 weeks later, depending on the temperature, the eggs hatch into tadpoles. Many, many, many tadpoles. I’m pretty sure there are about 8 million of them in the swimming pool right now. 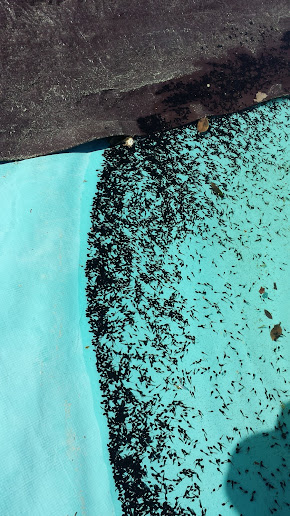 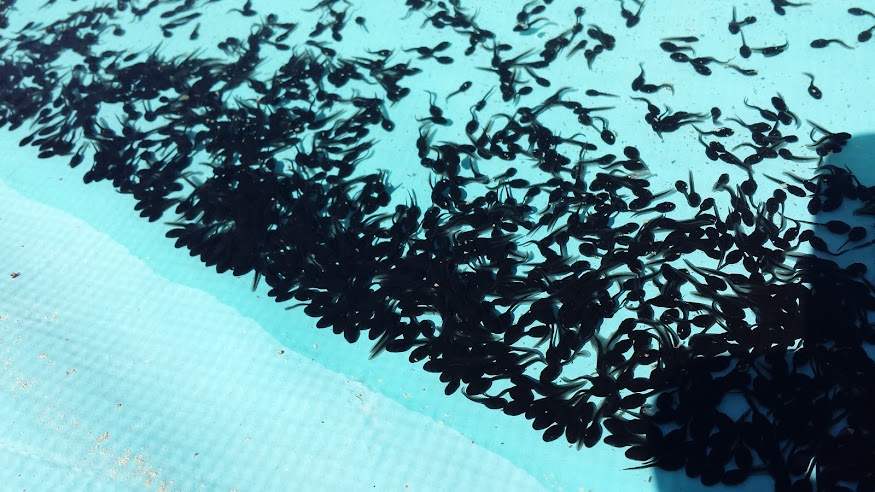 And even a few in the lake, lol. 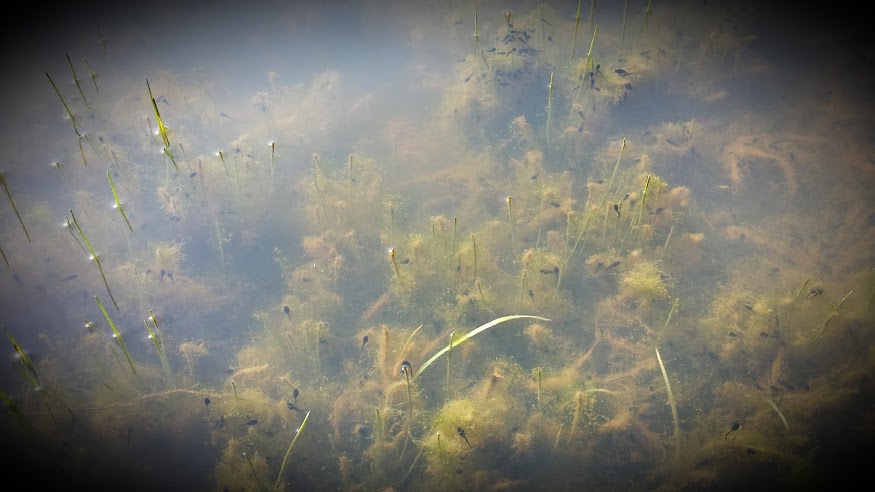 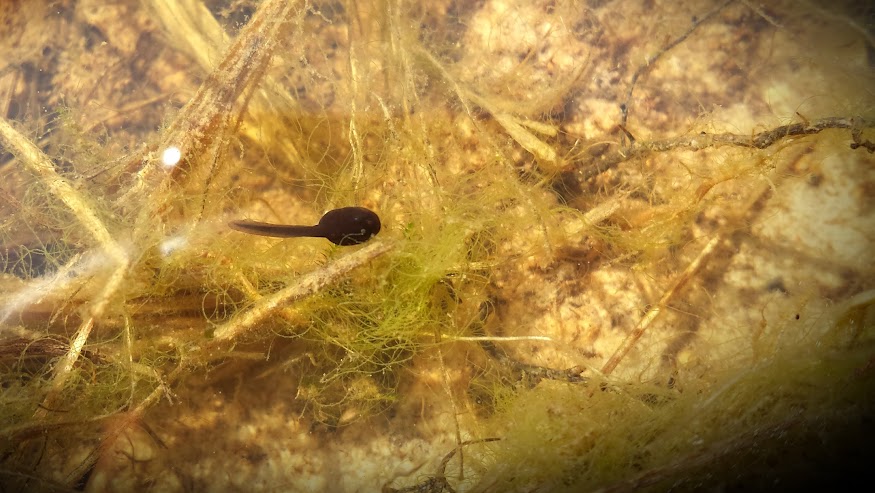 Not all of them will live. In the lake, many will be eaten by fish, turtles, and other predators.  Much of the water on the swimming pool cover will evaporate in the warming sun before the tadpoles fully mature. In the past, I’ve collected all that I can reach and transported them down to the lake. Of those that do make it out of the water on four little legs, many will fall prey to snakes, turtles, and small mammals. But the quick, the cautious, and the lucky will survive to complete the cycle again next year.  And potentially, the next 40 years after that. Toads can live for a very long time. 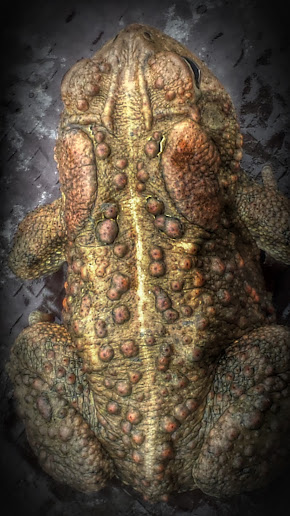 There is a lot of lore surrounding the toad. In Europe, toads were believed to carry the spirits of witch’s familiars and to be symbols of the devil. In China, the three-legged toad, Jin Chan, was seen as a symbol of prosperity and was associated with the full moon. 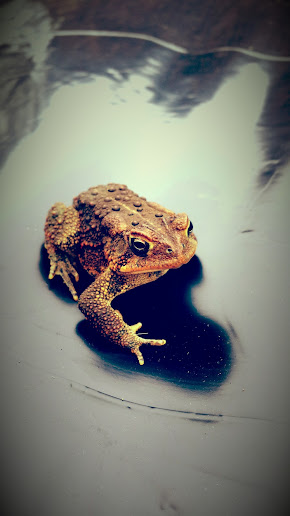 This male toad doesn’t actually have three legs, he just had one tucked back underneath him. And since he doesn’t have any gold coins falling out of his mouth, we can safely assume he is not Jin Chan. Pity.

My favorite author of Ozark traditions and lore, Vance Randolph, wrote down a number of the superstitions surrounding toads that he collected from the locals in his book Ozark Superstitions. Here are a few excerpts from that work:

“It must be admitted that some of the items in this collection are folktales rather than superstitions proper. That is, they are not really believed by intelligent adults, but are repeated to children just as parents elsewhere tell the story of Santa Claus or assure their offspring that rabbits lay parti-colored eggs on Easter Sunday. The old sayin’ that killing a toad will make the cows give bloody milk, for example, is probably just a way of teaching children to let toads alone; the farmer knows that toads destroy insects, and he likes to see them around his doorstep on summer evenings.” 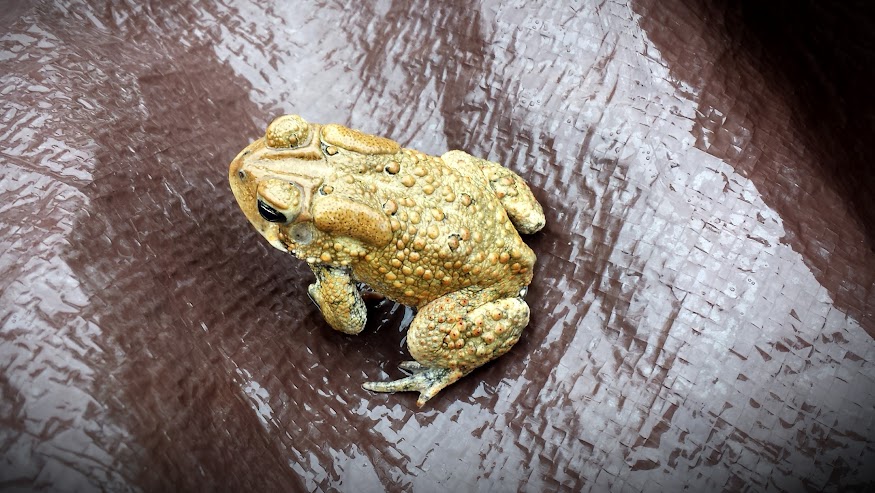 “There is a very widely known superstition that to kill a toad will make one’s cows give bloody milk. Most people think that nothing can be done about this, once the toad is dead, but Otto Ernest Rayburn found hillfolk in Arkansas who claim to be able to repair the damage, particularly if the toad was killed accidentally. “Get seven pebbles,” says Rayburn, “and throw them over your left shoulder into an open well at sundown. The milk will be all right after that.” 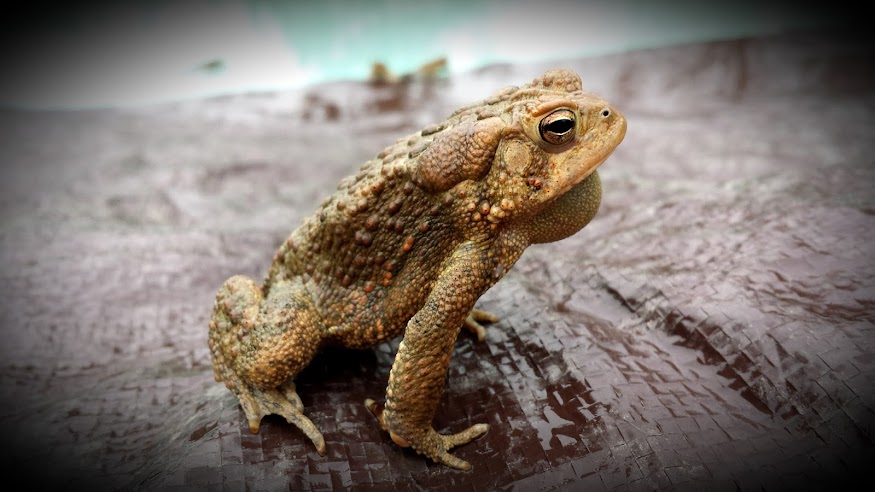 Randolph recounts a few ways for getting rid of warts, one of which requires this gruesome deed:

“Or one may kill a toad, rub its intestines on the wart, then bury the entrails under a stone. All this must be kept secret, otherwise it won’t work. The boy who acquainted me with this method still had several large warts ; when I asked why the toad’s guts hadn’t cured them, he explained that he had told his mother what he was doing, in order to escape punishment for killing the toad. The mother was opposed to killing toads in the dooryard ; she said it was an unlucky and senseless practice and might make the cows give bloody milk.”

That treatment is only to be outdone by the cure for a goiter. The instructions said to bake a toad in the oven until “the oil ran out of it” and then to apply that oil to the goiter daily. Ew with a capital EW! I mean, not only to kill a toad like that, but then to ever use that oven again for anything ever. Just say no to baking toads, people.

On a happier note, it was auspicious if a newlywed couple saw a toad immediately after the ceremony. And I do like this little saying that someone mentioned their father always said,

Toads are also seen as symbols of transformation and secrets. This I can understand. They really are quite remarkable.